Elizabeth is a Gladwin, MI native where she was very involved in the community and with sports. It was here that she met her high-school sweetheart and now husband, Dr. Balzer. Following high school, her dreams of becoming an Educator took her to Saginaw Valley State University where she graduated with honors with a Bachelor of Arts in Elementary Education and Special Education, as well as being a record-setting pole vaulter for Saginaw Valley’s track and field program. For the past 3 years she has been teaching special education and coaching at the middle school and high school levels, as well as volunteering at several chiropractic offices, so that she is best able to serve the clients of ADIO Chiropractic. Elizabeth serves as the office manager and can’t wait for the opportunity to serve you, your family and friends!

Dr. Ryan and Elizabeth both have a passion to serve people and help them achieve their maximum health potential. They are a husband and wife team along with their four children Olivia, Jocelyn, Rhett & Cora which helps to create a family environment at ADIO Chiropractic. The goal at ADIO Chiropractic is to serve people of all ages and walks of life by not simply covering up symptoms or removing pain, but by removing neurological interference and assisting the body into a state of proper function and healing thereby maximizing YOUR health potential! 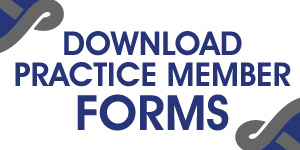